The Women Who Inspire Us 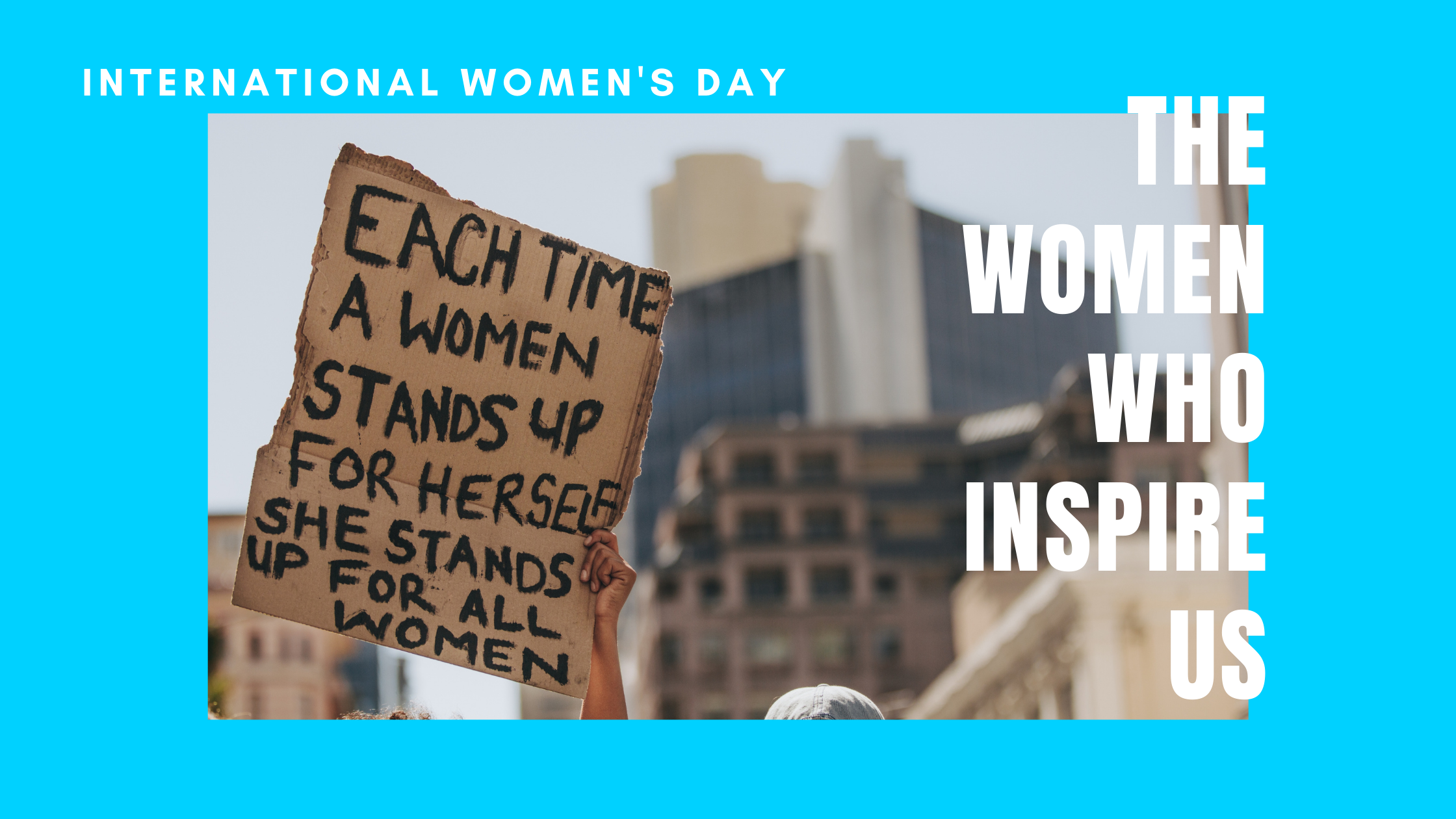 What better way to celebrate International Women’s Day than to reflect on the women who inspire us every day? We asked our team to share the women whom they admire.

Betsy Lee Hauser, CEO & Founder
My mom, Gloria Steinem, and Sara Blakely of Spanx--I love her. She has a bazillion children, like me. It’s her hustle and the fact that she’s so normal and authentic. If you haven’t read her story, you must. It will make you laugh and cry and then pull out your notebook full of ideas feeling inspired that you (yes, you) can do anything. She is a guiding light on perseverance, a self-made billionaire, and a role model for women, working mommas, and quite frankly anyone with a good idea. Can you tell I’m a little obsessed?

Sydney Stern Miller, Marketing Lead
My mom, of course, but honestly I have a laundry list of women who inspire me:

Charlie Mulligan, Chief Product Officer
My mother, Jenny Mulligan. She was the best.

Obvious answer, but true, my mom. After my sister and I left the nest for college, our mom has since revitalized her career, and it has been inspiring to see her seize this chapter of her life.

Gabriel C. Ruiz, Experience & Advancement Team
Becky Hammon! She is the Assistant coach of the San Antonio Spurs, and is being trained to take over as head coach once Popovich retires!

Mary Lachapelle, Director of Growth & Partnerships
I am inspired by so many incredible women! I admire my previous boss, Tammy Kern, for her integrity, loyalty, and compassionate heart. I look up to our Founder & CEO, Betsy Hauser, for her strength, vision, and leadership. Sallie Krawcheck, CEO and Co-Founder of Ellevest, has inspired and empowered me to build wealth and work to put more money in the hands of women. I am also deeply inspired by the women closest to me: my friends, family, and colleagues. Their daily demonstration of strength, beauty, compassion, wit, creativity, empathy, faith, and love motivates me to live to my fullest potential.

My grandmother - she's a tough broad but looks as young as ever. Back in Vietnam, she held a career in government, while my grandpa was the chief of police. I can't imagine what it took to migrate the family to America during the Vietnam war and start new with nothing but what you could carry. She's always led the family, loves traveling, still lives in the very same house from they first arrived in the US, and always gives more than she ought to and never expects anything in return. She always carries herself with the utmost amounts of grace and kindness.

Tech Talent South (TTS) is a WBENC Certified woman-owned tech recruitment, training, and staffing company that believes in the power of equipping companies with the best talent.