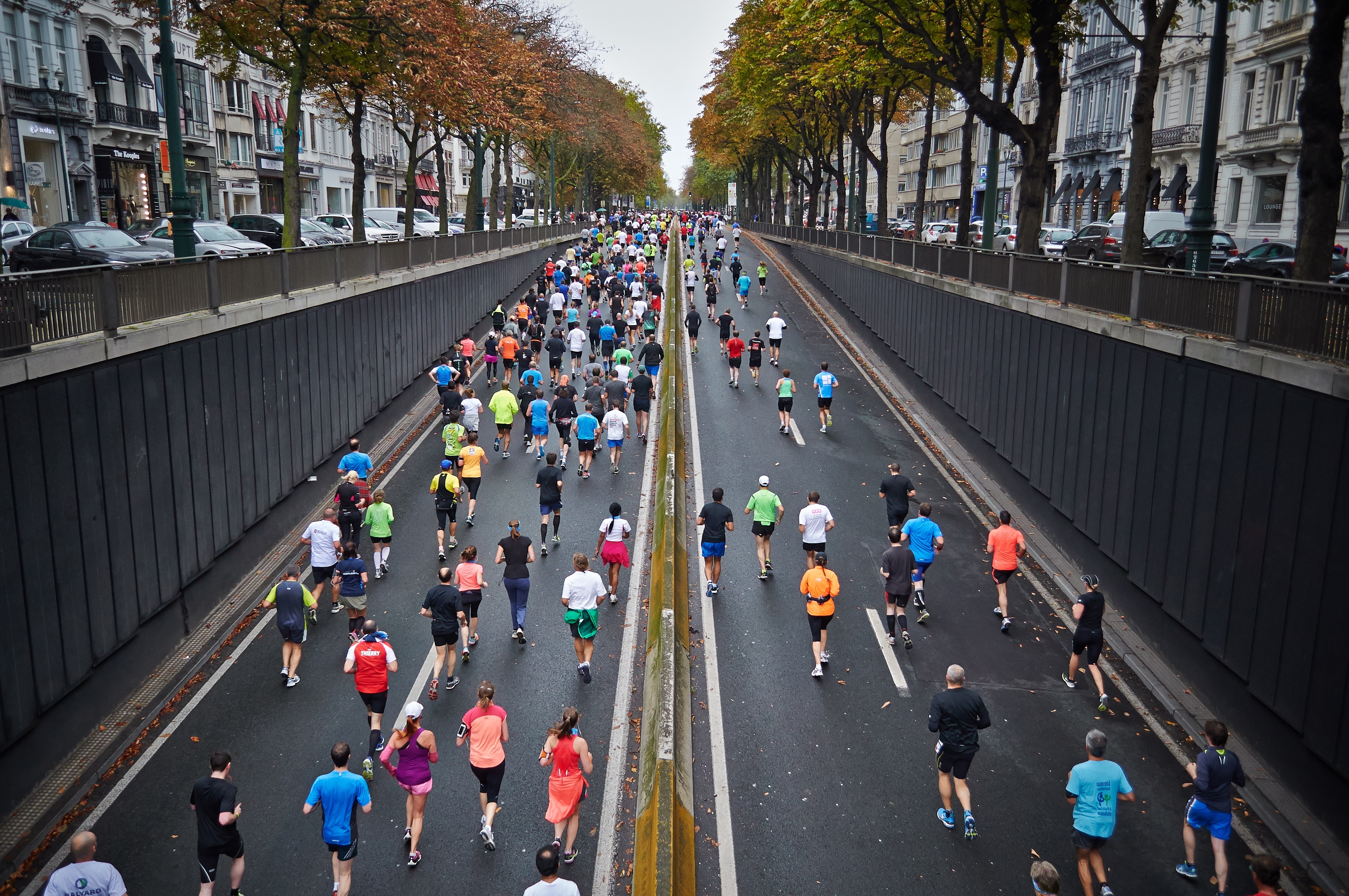 Taking part in the Tech Talent South part-time Code Immersion program has reminded me  a lot of the time I decided to run a half-marathon.

Like many non-athletic people, I’d grown up thinking that someday, maybe not now, but someday I would get out of my comfort zone and join a sport. I imagined that once I made it out of my teen angst I would build up the confidence and courage to stand alongside lifelong athletes and be considered in the same class of human.

Alas, I managed to evade every opportunity to “just do it” and had to accept that my awkward physical nature was not a phase but in fact here to stay. One day I realized that I had made it clear through college without ever having joined a sport. Now I was just a grown up like any other and no one had any vested interest in my health. Was I doomed to live a life untoned and out of breath? I felt like I had missed the train everyone else had hopped on and now I was running alongside it trying to find my footing and jump on.

A lot of these same feelings were brought to light when I joined TTS. To be honest I applied to TTS as a complete fluke. I’d encountered HTML in the past (we’ve all customized a Myspace layout, am I right?) but had never really considered building a web app from scratch something I was capable of doing. I’m definitely a nerd – but the kind that fell asleep in math class. Back-end logic? LOL –  no.

But just like running a half-marathon with no running experience, all I had to do was find my entry point, put some money down on the challenge and force myself to commit. I remember the first day I started running; it was difficult for me to even make it across a city block without stopping to catch my breath. Less than 5 months later I was running 13.1 miles without stopping. I don’t know what the equivalent would be in the coding world but I hope to have the same feeling of exhilaration when I get to the end of the 8 weeks.

I have already felt my own competence in the content of the class by volunteering to instruct the Kids Code classes. I think that the combination of class time, opportunities to instruct classes and the community connections we are plugged into really make this program unique (If it means anything, I literally work in the same building as another coding academy and I instead chose a 20min after work rush hour drive to TTS’s space instead).

There is no otherworldly trick to learning something new. Whether it’s coding or running, you need to dedicate time and have commitment. You have to learn the basics and then just practice until you got it down. You can go it alone if you choose but there are also opportunities to receive guidance from experienced instructors – and that guidance can get you farther faster.