I’m a Mom and I Love to Code 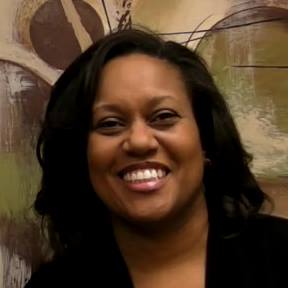 I got my first PC before I had any idea what a computer programmer was. My dad, who worked at IBM at the time, came home one day and dropped a PC Jr. on my desk.

It had a slot for a cartridge, and I had no idea what to do with it, so the PC Jr. became the biggest paperweight I’d ever seen. I had no plans to learn to code. Nevertheless, a seed had been planted.

Fast forward thirty-eight years and three kids later; I work in technology as a software trainer, and I am officially learning to code (for real this time). Yeah, I’d built websites back when Microsoft FrontPage was a thing. I’d built WordPress sites, and I picked through HTML and CSS regularly in the course of my job, but I had never considered myself a coder.

When I heard about Tech Talent South (TTS), I knew I had to learn to code there. Just the fact that TTS was committed to growing tech talent right here at home sold me on the program. The fact that they offered a hands-on, part-time Code Immersion class that would not interfere with my job or my commitments to my children was a bonus. Would I feel tired? Hell, yeah, but I could hack it for eight weeks, right?

Learning to Code and Finding a Tribe

You’re probably wondering what I’ve learned during these eight weeks. I’ve learned a ton of code. I’ve learned about researching and planning projects, but I’ve also learned as much about myself as I have about coding. Here's a short list of what learning to code has taught me.

So I am embracing my newest role as a mom who codes. It’s a transformation from picking at code to owning and honoring what I already know as well as what I am learning. Being a mom who codes is not necessarily the easiest path. I have a lot to learn about coding. I am constantly learning about being a mom; and there are always challenges balancing my many obligations, but I am enjoying the journey.