My Elle Woods experience with learning to code 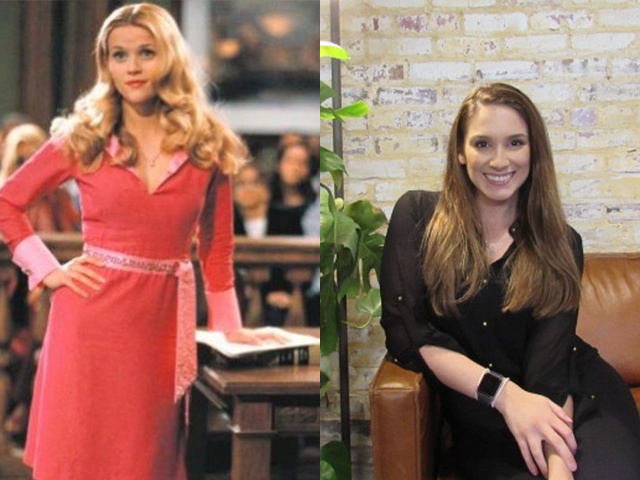 I have never been a talented person by any means. I remember, while growing up, playing every different sport and joining many different clubs but I never excelled at something in particular. Most of my friends had a passion for a particular thing, but I really never found my niche. At the ripe age of eight, Elle Woods from Legally Blonde inspired me to begin my dreams of Law School. I’m not much of a fan of the unknown so once I made that decision, it had to stick. Little did I know, our stories would end up being pretty similar.

Fast forward to the age of 21, as a Junior in College studying Political Science (told ya) and this is where I took the biggest risk of my life. I remember the night like it was yesterday, I was studying (cramming) for a Political Science final around 1 am and feelings of uncertainty hit me like a bus. I did what any normal person would do and began taking online tests that determine one’s best career path instead of studying further. I took 4 tests and every single one said Computer Programmer. Light freaking bulb is all I can say. I loved fiddling with gadgets and making my Sims do crazy things when I was younger. I began researching and watch tech videos and before I knew it, I was hooked. For the first time in my life I felt a sense of belonging and a hell of a love for my new dream. By 9:00AM the following morning, I was in my advisor’s office filling out a change major form. In other words, I was signing off on going from a Junior to a freshman.

Fast forward to the first day of class next semester. My fellow classmates nicknamed me “mom” due to the age difference, but I did not care…I was finally a computer science student. I walked into my first lab with a huge smile and walked out in tears. I had no idea how to do anything and following along was extremely difficult. Not only was the class in gibberish, but most of the students followed along with no problem (keep in mind these were children in my eyes). The next two years were brutal. I continued on my journey but I was horrible at it. The first time I asked a teacher for advice, I was told, “This stuff isn’t for everyone. You either get it or you don’t.” At the time, I wanted to slap him, but now I completely understand what he meant. I switched schools hoping being closer to home would be beneficial. I still struggled but my love for it had never been so strong. I was getting so close to understanding it….but then I didn’t. Feeling defeated, I confided in a classmate who compared me to a small boy convincing himself he will be in the NFL one day. Well that wasn’t my favorite thing to hear so my last resort was going to the head of the department and begging for some guidance. I wasn’t getting any younger so I told him I loved this crazy difficult stuff so much but I didn’t think I would be able to get the degree. He looked me dead in the eyes and said, “You will definitely not get a job in tech without this degree.”

I felt lower than I ever have before. I found this amazing passion but I’m not good at it! How does that make sense?! I still don’t know but I do know what happened next was the miracle I needed. I switched back to Political Science and instead of doing homework one day, I was searching for similar stories like mine on the Internet. I could not give up. There, in all its shining glory was Tech Talent South. It was beautiful and inviting, like an old friend. I clicked, chatted with the most down to earth amazing girl on the phone, and a few weeks later I was headed to my first day. It was a record breaking day for me because there were people who also found this crazy stuff difficult! I had found the chosen land!

Elle before she wins her big case

Hands down the most rewarding experience of my life has been my time at Tech Talent South. When I was being handed repeated “no’s”, they handed me a single “HECK YEAH.” It is because of TTS that I am a confident, happy coder and I will never be able to thank them enough for believing in me when nobody else did. I am still finishing up my degree, but coding on the side because IT IS POSSIBLE.