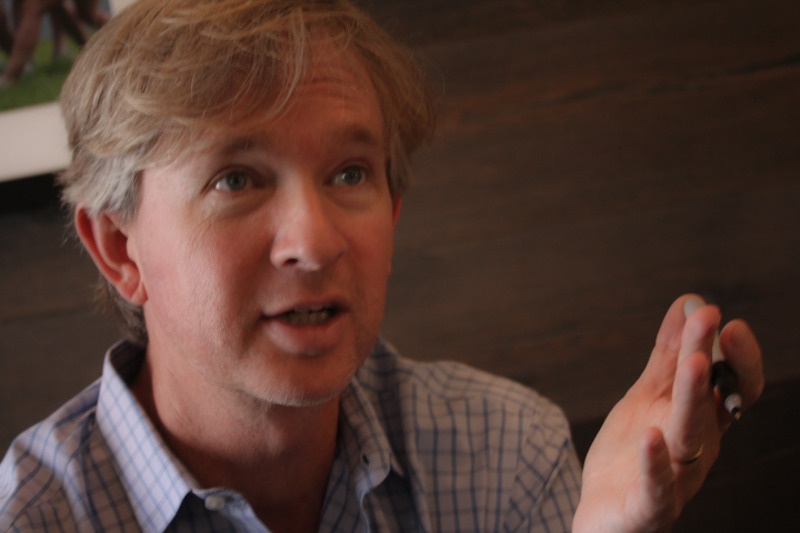 Joe Floyd is the founder and CEO of InsureSign, an easy-to-use e-signature software based in Charleston, S.C., that has tens of thousands of users across North America. In this post, Joe shares his perspective on hiring boot camp graduates, tips for getting ahead in entry-level tech, and thoughts on working with boot camp grads in the future.

On hiring a boot camp graduate

We hired our first boot camp grad, Amanda Schuff, in 2016. She had been a teacher in a previous life and decided she needed a change, so she enrolled at a (now defunct) local boot camp: a three-month program in front-end engineering.

Amanda had been recommended to me by the boot camp faculty, and the timing was just right. At that point, we were rolling out a brand new platform. We’d already done some of the back-end work and had the foundations in place, but we needed to look at the user interface.

Amanda was a perfect fit. She seemed really capable, and as an entry-level engineer, she was also accessible and affordable. We launched in 2012, so we were still in “start-up mode” and needed someone who could enter on the ground level and grow along with us. So Amanda joined us and jumped right in to her new role at InsureSign.

First, because boot camp curriculum can be updated so frequently, we knew her skills were up-to-date. In her boot camp program, she had used modern software and tools. That made her a compelling choice over a recent graduate of a more traditional Computer Science college program.

Second: the boot camp format lends itself to working under pressure. It simulates a start-up environment, which is where we were in our development at the time. It might have been different if we were a thousand-person company and she was just a cog in the wheel, but at InsureSign, we needed someone who could jump in and contribute in a big way.

And third, boot camps are a great place to scoop up entry-level talent. It takes time to build up the experience, credibility and connections necessary to secure a job through your network, but a lot of tech companies will look to a boot camp graduate to fill critical entry-level roles.

On making yourself a stronger applicant

My advice is to decide what you want. If you go to work for a more established company, you're going to have a really different experience than if you kick off your coding career with a start-up.

I’d also recommend building up your network. It’s intimidating for a lot of people, but go to networking events! Seriously, jobs come from those recommendations.

When you do get that interview, learn as much as you can about the company. We’ve had some people come in who were technically sound candidates, but didn't really get what we were trying to do. For a smaller company, understanding the mission and needs goes a long way. You can educate people on your tech stack and your development process, but if they don't really get you're doing, that's a harder hurdle to overcome.

On working with boot camp grads in the future

In the start-up world, when you’re making any hire, you've got to go with your gut. Amanda has grown within the company since and has taken on more responsibility. When she first joined, we had a significant off-shore development component. We've dropped that since—everything we do is in-house, and her role has expanded.

Amanda has learned a lot by using different technologies and she's helping us experiment. I would certainly consider hiring another boot camp graduate in the future.