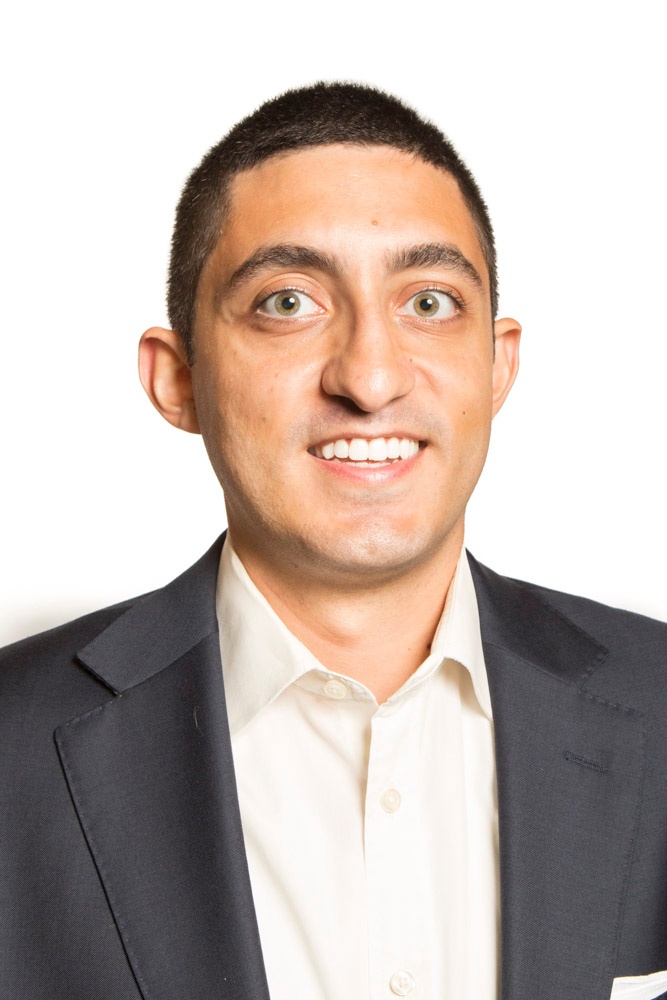 Ruben Izmailyan is the founder and CEO of , a personalized budgeting tool based in Dallas, TX, that’s currently in open beta with an official launch scheduled for this upcoming summer. In an interview with Tech Talent South, Ruben shares how he came to found and the team he formed out of fellow TTS graduates.

Q: Tell me about . What is it? When did you first get the idea?

A: Financial insecurity is a huge problem, with a majority of Americans struggling to stay on top of their expenses. The rise of the gig and the increased automation of our spending are making it even harder for us to save for our goals and stay on budget.

automatically creates a budget for you around your needs, wants, and goals - in just 3 minutes. We rely on 90 days of bank and credit card data to figure out your income, bills and spending patterns and keep your budget updated for you in the background.

I got the idea for after struggling to find a budgeting tool that worked for me. Everything out there was either trying to sell me or required too much work to keep up. I’d find myself investing hours into a tool, only to fall behind and never bother catching up. I knew there had to be a simpler way. That’s why from the beginning, we’ve made incredibly easy to set up, and even easier to maintain.

Q: When does it officially launch and how can we all get it?

A: We are in open beta right now and officially launch this summer. is a responsive web app that works on any device. You can sign up at www.budgitapp.com and help us make it better!

Q: What has your team looked like throughout the design and development journey?

A: My friend Christian (TTS Grad) played an integral role creating the UI and visual language of , while Haley King (another TTS grad) has done a tremendous job working with our earliest testers to improve logic and methodology. As a bootstrapped team, the most important thing you can do is find talented people who believe in your vision and make them a core part of what you’re building.

Q: How did you meet the people who eventually contributed to ?

A: I met great people through TTS and through our local Ruby meetup. During one of the cohorts I taught for TTS, Christian - a professional designer in the program - poked fun at first logo. I jokingly told him to make me a better one if he doesn’t like what I have. To my surprise, he sent me a few concepts a few days later and became my first collaborator. Haley was another former student of mine - she was always willing to help fellow students and asked great questions in class. She volunteered to be one of the very first testers of and quickly became my first (and most vocal) user. At the Dallas Ruby Brigade meetup, I met great developers and technical mentors that have been helping me ever since.

Q: What were you up to professionally when you decided to go to code immersion?

A: At the time, I had just relocated from NYC, where I was managing a 10-person account management team for a big financial data company. I loved programming in high school, so being immersed this world again opened my eyes to what someone could create with code. I realized pretty quickly that coding could let me bring the idea for to life.

Q: How did you keep up the momentum after the course was over?

A: After the course was over, I knew that I had to make some tough decisions. I had a prestigious job with a great salary - ironically some of the things that attract people to programming in the first place. But I also knew that when you’re learning something, maintaining momentum is critical. I saved up a bit of money and with my wonderful wife’s blessing, quit my job to focus on coding and full-time. Things have not always played out as planned (do they ever?), but taking that leap of faith was the best professional decision I’ve ever made, and I’m grateful to have found the courage to do it.

Q: What advice do you have for entrepreneurs with a tech idea who are trying to decide whether to learn to code or hire a developer?

A: In a perfect world, you already have an amazing technical whom you trust, who believes in your idea as much as you do, and who is willing to give up years of lucrative job opportunities to build your venture with you.

If this does not describe your situation, the answer is simple: learn to code and start building yourself. The benefits are twofold: 1) it signals to future employees (and investors) that you can do seemingly-impossible things when resource-constrained (you’ll need this skill plenty down the road), and 2) having even a basic of what you’re building, and how to build it, is critical to your odds of eventually finding the right developers to help you.

Learning to code can feel intimidating but keep in mind that it has literally never been easier to learn how to code. Languages like Ruby are beautiful and intuitive, while web frameworks like Ruby on Rails give you thousands of open-source libraries and smart defaults already in place. As a beginner, you can start building your app and learn as you go.

Are you ready to learn to code? Find a course near you!